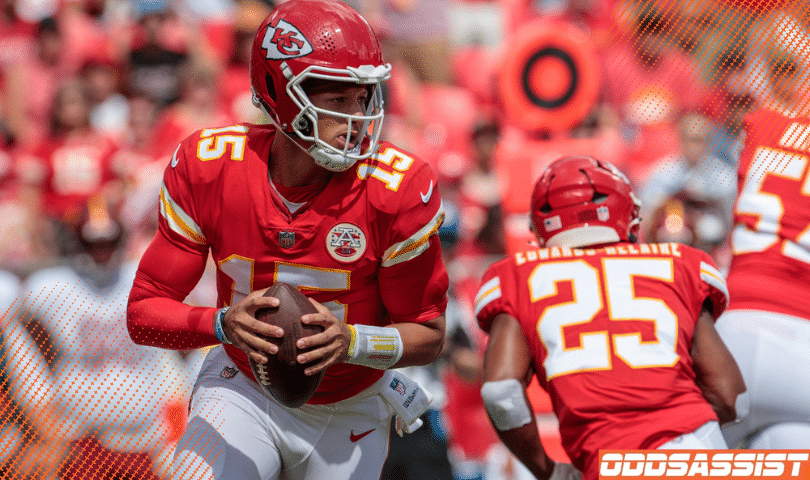 The Chiefs opened up the 2022 season with a very comfortable road win against the Arizona Cardinals 44 to 21. Patrick Mahomes and the offense looked in mid-season form. Mahomes threw for 360 yards and 5 touchdowns. Clyde Edwards-Helaire ran for 42 yards and caught two touchdown passes as well.

The Chiefs clearly did not miss wide receiver Tyreek Hill who went to the Miami Dolphins in the offseason. New receiver JuJu Schuster-Smith caught 6 passes for 79 yards in his Chiefs debut after coming over from the Steelers and tight end Travis Kelce had 8 receptions for 121 yards and a touchdown.

The Chargers opened the season with a hard-fought 19-14 win over the Los Angeles Raiders. The close margin of victory came despite having a +3 turnover differential as the Chargers defense forced 3 interceptions off of Raiders quarterback Derek Carr.

While the Chiefs looked great in Week 1 offensively, look for them to have a tougher go of it in Week 2 against the Chargers in an early season divisional game.

The Chiefs will be without kicker Harrison Butker, who injured his ankle last week. It appears they will go with Matt Ammendola at kicker, who has hit 68.4% of his career field goal tries.

Without a reliable kicking option, it may force the Chiefs to pass up some field goal opportunities and settle for punts or longer 4th down conversion attempts.

The Chargers had one of the worst run defenses in the league last year, so the Chiefs may be very comfortable trying to move the ball on the ground in this one.

The Chargers on the other side will be without WR Keenan Allen, who is out with a hamstring injury.

The Chargers have to realize the best chance they have at winning this game is keeping Mahomes and the Chiefs offense off the field. They can do that by establishing the run game and keeping the clock moving.

It is a short week for the Chargers as well as they have to travel halfway across the country for a quick turnaround on Thursday night.

Despite the Chiefs high octane offense 4 of the last 6 meetings between these two teams have gone under 54.5 points.

THE PICK: Under 54.5 points. Between the short week, offensive injuries, and competitiveness of two teams that are very familiar with each other look for the under trend to continue between these two teams. Take UNDER 54.5 on Thursday night. Compare odds here

Here are some prop picks we like for the Chargers @ Chiefs Week 2 TNF matchup:

For the Chargers to have a chance in this game they will need to consistently get the ball in to Austin Ekeler’s hands. Not only is he a dynamic running back, but a major threat to catch the ball out of the backfield.

Ekeler is clearly the lead back for the Chargers, getting the double rushing attempts of backup Sony Michel last week. Michel was not particularly effective when he got some chances, so look for the Chargers to even focus more on Ekeler this week.

This prop is very much tied in to the over combined total yards prop.

Ekeler has gone over 4 catches in last 3 games in Kansas City and in 5 of the last 7 games against the Chiefs overall.

With Herbert not having one of his favorite targets in Keenan Allen, it will open more targets and opportunities for Ekeler. Look for him to take advantage and haul in at least 5 passes.

Parlay Betting Guide: What They Are, How to Place Them, & Best Strategies