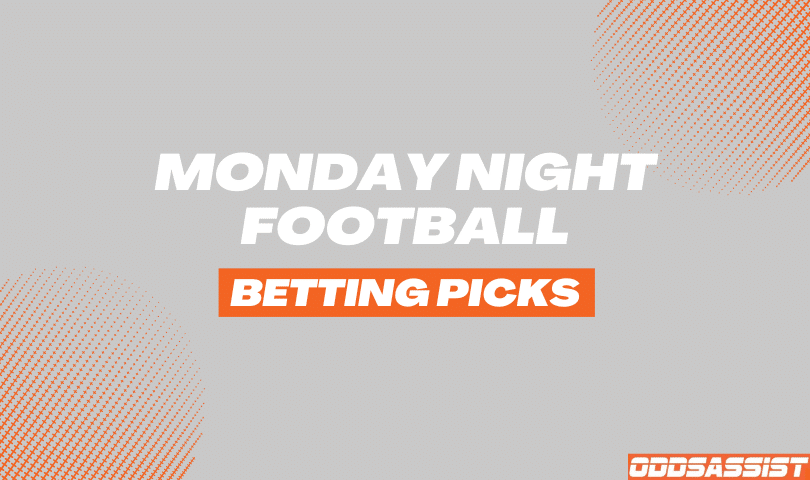 Lines & Odds for the next Monday Night Football Game

NFL fans never have a case of the “Mondays” because they know Monday Night Football is waiting for them later that night.

But who should you bet on for Monday Night Football? To help out, we track our MNF betting picks in this guide for every week of the NFL season.

Be sure to check out our full Monday Night Football betting picks & previews guides for our full analyses and all MNF picks. 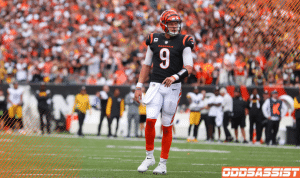 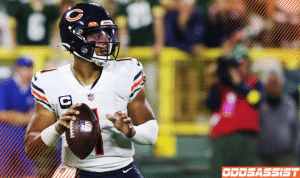 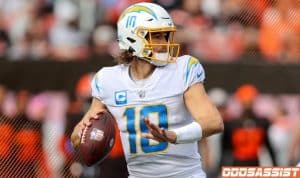 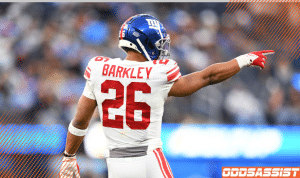 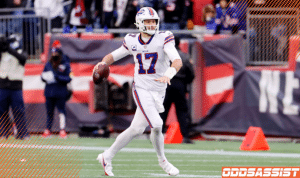 Cincinnati’s offense has posted back-to-back 30-point games in the past two weeks against the New Orleans Saints and Atlanta Falcons. While neither NFC South squad boasts a particularly strong defense, the breakthrough on offense has taken pressure off the Bengals’ defense.

Cleveland, meanwhile, has scored 20 points in all but one contest this season, averaging 24 points per game on the year. In his seventh season, QB Jacoby Brissett has kept defenses honest against the Browns by completing 62 percent of his passes for 1,584 yards and 6.8 yards per pass.

Expect these teams to maintain their offensive push. A final score in the mid-50s will help bettors claim an easy victory with this bet.

Only once in the previous seven games has the NFL’ s leading rusher—Cleveland Brown Nick Chubb—failed to rush for 83 yards in a game. That game was a 38-15 drubbing by New England that forced Cleveland to abandon the run as the Browns attempted a comeback.

Outside of the Patriots game two week ago, Cleveland has lost four games by a combined nine points. Keeping the game close allows the Browns to run the ball and feed Chubb. Cincinnati’s rush defense is allowing nearly 120 yards per game, so expect Chubb to reach the century mark on the ground against the Bengals.

It’s unusual in this space that we offer strong underdog odds, but Cincinnati Bengals receiver Tee Higgins is primed to have a larger role in the offense this week. Bengals WR Ja’Marr Chase is out for this game, leaving Cincinnati’s passing game in search of a competent replacement for those team-leading 74 targets through seven games.

Higgins is the second-most targeted receiver on the Bengals roster already, showing that QB Joe Burrow has a rapport with third-year player. Expect the Browns to lock down Tyler Boyd and leave Higgins open for a team-best seven receptions (or more) Monday night.

The home team has won six of the first seven Monday Night Football games in 2022. I think New England will make it seven of eight teams after this week’s contest. The concern here is if the Patriots can defeat the Bears by more than a touchdown.

Chicago’s defense against the pass is under-represented as teams have run exceptionally well against the Bears. New England should put this game away by the third quarter and can milk the clock to avoid any last-minute backdoor cover attempts from the Bears.

The predicted weather for Foxborough Monday is continuous rain throughout the day with upwards of a quarter-inch of rain and 10-15 mph wind gusts. The wet, cold weather favors run-oriented offenses with minimal passing.

The Bears are especially awful against the run, ranking 31st in the NFL. New England will take advantage of this soft run defense. Yet both teams are holding opponents to under 20 points on average, so expect a final score around 27-10 in favor of the Patriots.

Chicago’s Justin Fields is a dual-threat QB that has rushed for more than 44 yards in each of the previous four contests. In his last outing against Washington, Fields ran 12 times for 88 yards for his best rushing output this season.

Expect the former Ohio State star to continue that this week in sloppy weather conditions. While New England has been worse against the pass this season, the Patriots will not have an answer for Fields’ ability to run.

Since Chargers QB Justin Herbert joined the team in 2020, Los Angeles is 2-0 against the Broncos at home. While new Denver QB Russell Wilson adds a new dimension to this team, the results for the Broncos have been less than stellar.

Wilson is still on the mend from a shoulder injury, requiring an injection earlier this week to ease the pain. Although he’s expected to play, I think the Chargers will continue their winning streak at home against the Broncos.

This is a tale of two teams heading in the opposite direction. Denver enters the game losers of two straight, falling last week on Thursday night to Indianapolis. Los Angeles has won two in a row, beating both Cleveland and Houston on the road.

Further, Denver is 1-4 ATS this year while Los Angeles is 4-1 ATS through five games. Both teams need a win to remain in the playoff chase this season.

Expect the Chargers to win by at least a TD to continue each team’s respective streak.

The Chargers QB has played Denver four times, completing 65% of his passes for eight TDs against the division-rival Broncos. Only once—in his first season—has Herbert failed to pass for two TDs against Denver.

Herbert is due for a big game. After tossing for six TDs and 611 yards against Kansas City and Las Vegas to begin the year, Herbert has tossed only four TDs in his previous three games.

Expect the sensational signal caller to break out against Denver and toss at least two TDs for Los Angeles.

The Rams got stunned early in their first game of the year against the Bills and lost 31-10 but have managed to win their last two games despite a fairly lackluster offensive showing.

Part of their poor offense has been due to the fact that they haven’t been able to get their running backs going at all. They have just 72 rushing yards per game and no RBs over 120 yards yet this season. It’s been quite pitiful, and it likely won’t get any better this week, as key offensive linemen, David Edwards and Brian Allen, are both out with injuries.

With that being the reality both teams must face, I think the 49ers are in a much better place to overcome their problems and get the W in front of their home fans.

At home, coming off a tough loss in Denver after having to reshuffle their offense following Trey Lance’s injury, I expect the 49ers to be ready to bounce back.

Despite Jimmy G knowing the playbook very well, it’s not surprising that the San Francisco offense struggled to get anything going last week. They were beaten 34:30 to 25:30 in time of possession, after all, and had to completely switch how they played offense. Now after another week to right the ship, I think their offense should be much better.

These two teams are looking to assert themselves as the team to beat in the division and are somewhat desperate to get their offenses going. Expect them to come out firing in this one.

I expect a lot of passes, perhaps some high-tempo play calling, and even a few big turnovers or defensive touchdowns thrown in the mix.

I think we will see fireworks in this one. Lots of points!

Here are some prop picks I like for tonight:

New York opened as 2.5-point favorites, but the line has moved all the way down to a pick’em on some books.

While I’m taking the Giants, this game can go either way and my confidence is not too high either way. It is hard to count Dallas out, especially after its shocking upset win over Super Bowl runner-up Cincinnati.

Expect a close game as stated above, so don’t feel bad about having low confidence in picking a winner. We actually prefer a total play as our best MNF bet.

With both offenses struggling, look for a low-scoring game at MetLife. The Under has hit in 30 out of 47 games so far this season, including in all four games the Giants and Cowboys have played.

We like Under 39 as our best bet of the night.

Barkley has seen over 20 touches in each of the Giants wins to open the season. A healthy Barkley is arguably the most dynamic player in the league, and I expect him to see 20+ carries again Monday night against Dallas. Look for him to get into the endzone at least once.

If Daniel Jones can lead the Giants to a one-point win over the Titans, Josh Allen and the Bills should be able to outscore the Titans by at least 10.

Regardless of whether the Titans can successfully keep pace with the Bills offense, the Bills are going to run up the score, I expect this game to easily exceed 48 points.

At the end of the day, I think the Bills will win by more than 10 points, meaning the best bet is to take the spread and stay away from the moneyline. However, if you are slightly more confident in the Titans beating the spread than I am, you might want to take the Bills moneyline here.

We are expecting Russ to light the night up here and rout his former team. Take the Broncos and the points.

We are expecting Russ to light the night up here and rout his former team. Take the Broncos and the points.

The line of 1.5 TDs seems a bit low. While it is juiced up a big around -130 at most books, it seems like it should be no problem for Russ to throw at least 2 TDs.

Once the pocket breaks down for the Broncos, Russ will use his mobility to pick up easy yards and as always, he’ll stick that ball out an extra yard or 2 as he heads out of bounds. Rushing for 13 yards should be no issue for Russ. Pound the over.

The void that Russell Wilson left will weigh heaviest on DK. Geno Smith will not be able to get the ball out to DK enough and in the spots where he will be able to make defenders miss and pick up yards after the catch.

What is the Drew Brees Sportsbook?

How to Bet on F1 | Best Formula 1 Betting Sites