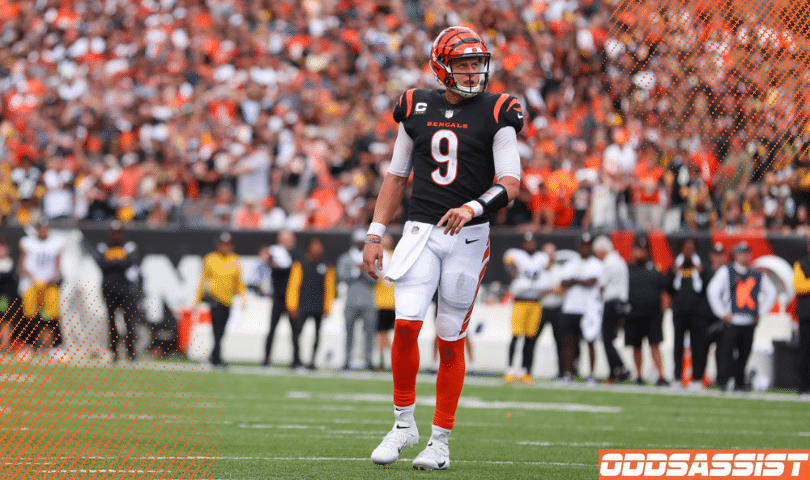 We had our worst week of the season in Week 18, going 0-4-1 on our Sunday Best Bets. Let's see if we can turn it around this week with 5 picks from our experts.

Below you'll find our picks for the best bets to make Saturday and Sunday of the NFL Super Wildcard Weekend of the 2022-23 NFL season. Remember, you can always compare NFL lines and odds by sportsbooks here.

The weather looks bad on Saturday afternoon for this Wild Card weekend opener. There is nearly a 100% chance of rain and winds around 20 mph.

One area where Seattle may have been able to gain some traction against one of the toughest defenses in the league is through the air, where the 49ers rank 20th giving up 222.9 yards per game, but the conditions will make it more difficult in the passing game.

Seattle will have trouble turning to the run, as the San Francisco run defense ranks 2nd in the league giving up just 77.7 yards per game. The 49ers are also first in points allowed, giving up just 16.3 points per game.

On the flip side, Seattle has one of the worst run defenses, ranked 29th and allowing 150.2 yards per game. San Francisco should have no trouble moving the ball on the ground, which should be the game plan with rookie QB Brock Purdy under center.

Between the weather and his inexperience, the 49ers won’t ask too much of him Saturday. These division rivals know each other well and the under is 7-2-1 the last 10 times the Seahawks have been an underdog against San Francisco.

Look for that to continue Saturday and play UNDER 42.5.

On Christmas Eve, Greg Joseph walked out on the field of U.S. Bank Stadium in the waning seconds of a tight game against the New York Giants and did something that he had never done in a game before.

With the crowd, dressed in all white, cheering him on, Joseph lined up for a 61-yard field goal, six yards longer than his previous best, and absolutely nailed it. Joseph crushed his only 60+ yard field goal of his career and with it, won the Vikings' 11th one-score game of the season, and put the Giants' season in Jeopardy.

Of course, the Giants then went on to beat the Colts the following week and clinch the 6th seed in the NFC, and are now set to play the Vikings again in Minneapolis as they fell into the 3rd seed last week with the 49ers victory over the Cardinals.

This game is set to be one of the more competitive of the weekend, with both teams seemingly constantly in tight games, illustrated by an outrageous stat of 24 out of their 34 combined games being decided by less than one possession. The Vikings are 11-0 in those games, but the Giants are no slouches either with a record of 8-4-1 in close games.

Those stats coupled with how close their first matchup was, prove that this game could go either way.

I nor anyone else can be extremely confident about who will win this game, and honestly, with the spread currently at 3, I don't think you can be very confident with that bet either. The only obvious choice in this game is to go after the under.

Despite the original game total getting to 51 points, that has been an anomaly for Giants games. In fact, that was one of only two Giants games that have gone over 50 points, the other one being an Eagles game that got out of hand quickly.

Rest assured the Giants are going to do everything they can to avoid a repeat of either of those games and take control of the pace of the game. They nearly did it in the first game but had a few bad breaks and that huge 61-yard field goal was the score that put them over.

As for the Vikings potent offense, they are 10-7 in going over 50, which is good, but not nearly as overwhelming of an offensive indicator as the Giants defensive record of 15-2 in going under 50.

It’s the time of year that the Dallas Cowboys find another way to not win a playoff game. The Cowboys have lost 8 straight road playoff games and have not won a road playoff game since 1992. And now the Cowboys are laying points against one of the greatest quarterbacks to play the game in Tom Brady.

This game is also a rematch of a Week 1 game that Tampa won in Dallas quite easily 19-3. While

Though Tampa has not looked great this season, they still have plenty of weapons at the WR position for Brady to work with. Tampa has the 2nd best passing offense in the league. And even though Tampa has struggled to run the ball this season, the Cowboys run defense ranks towards the bottom of the league, which should allow Tampa to present a balanced offensive attack. Given the fact Dallas ranks 3rd in the league in sacks and Tom Brady has very little speed, they should also look towards the quick-pass game to beat the Cowboys D.

Dak Prescott has also been a turnover machine this season, throwing 15 interceptions in just 12 games, which tied him for the league lead despite missing 5 games.

The line opened at +3 and quickly got bet down to +2.5, signaling strong support for Tom Brady and the Bucs. The fact is Brady knows how to win playoff games and Dallas does not. I expect Tampa to get the job done at home. They are also worth a play on the moneyline for an outright win.

The Cowboys absolutely stunk it up last week in a game that laid bare all of the flaws of this Dallas team in a concise 60-minute span.

It wasn’t just a rough game against a poor opponent starting their third-string QB, but it was also a perfect guideline for how to beat a team that seemed nearly unstoppable earlier in the year.

The Cowboys failed to execute well in any facet of the game, and the Commanders were able to stomp out any momentum or spark the Cowboys tried to produce. It was a horrible performance, and while the Cowboys’ players may say that it was a series of flukes and poorly executed plays that can be fixed up by next week, there appeared to be more deeply rooted problems to me.

This is a Cowboys team that has not played well in important moments in recent history. Their playoff record of the last few decades is abysmal. They always seem to have dominant stretches during the meat of the season, but in games that could move them forward in the playoffs, or playoff positioning as was the case last week, where they went into the game looking to secure the NFC’s 1st seed and a bye, they typically fall flat.

The Cowboys offensive line was lethargic and underwhelming. No runner rushed for over 20 yards despite 26 rushes being distributed to four different players. Dak’s interception woes continued, leading to his 15th which is tied for the most in the league.

The Cowboys defense couldn’t disrupt Washington’s methodical pace. They also had one of the worst special team performances of the season, fumbling a snap off a punt, muffing a kick return, and missing an extra point all on ST is terrible.

All of that right before you are about to play Tom Brady in his home stadium in the playoffs, and you couldn’t ask for a tougher assignment for Mike McCarthy and the Boys.

Speaking of Brady, let’s not understate how much his poise and experience will play into this game. It is absolutely invaluable to have a starting QB with a 35-12 record in the playoffs leading a team that has played 6 such games in the last 2 years.

Compare that to the Cowboys who have a QB with a 1-3 playoff record and only one game played in the last two years. It’s a big difference! One that I think will decide this game.

Both the Jaguars and the Chargers played poorly last week, but at least the Jaguars can say they won their game (albeit against a horrible Titans team led by Josh Dobbs). The Chargers did rest their starters in the fourth quarter, but neither excuse saves them from the realities of this weekend.

The Jags are my pick, and if they don’t win, I don’t see them losing by more than a few points. They have too much talent to have a repeat of last week’s game.

As for the Chargers, in their last 5 games, they have a record of 4-1, but the first win came against the Dolphins with a banged-up Tua that only threw for a little over 100 yards. The combined records of the next three teams they beat were 16-28-1. In fact, they haven’t beaten a team with a winning record all year! The Jaguars for the record have three such victories on the year, including a win against the Chargers earlier in the season.

To be honest, I think the best way of looking at this game is to throw out last week’s ugly game by the Jaguars and judge based on the run of games they had going into that game. If you watched that game you would know that the Jaguars looked pretty dang strong outside of a handful of horrendous plays where they shot themselves in the foot. That will be cleaned up this week, and we should see the Jaguars team put on a clinic against a white-hot Cowboys team in Week 15.

The only reason that I am going with the spread and not the moneyline is because of the Chargers' playoff experience and veteran experience compared to the young upstart Jags who could end up blowing it in the end.

How Betting on Point Spreads Works