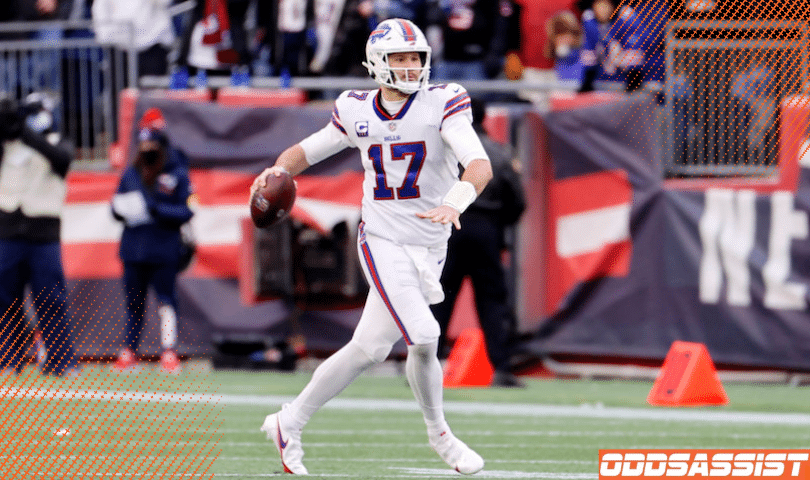 The 2022 NFL Season kicks off when the Buffalo Bills travel to Los Angeles to face the Super Bowl champion Rams on Thursday Night Football.

The Bills return many key pieces from their high-powered offense including QB Josh Allen, RB Devin Singletary, and WR Stefon Diggs. This is not a group that will need to worry about shaking off the rust in week 1.

The Rams defense did not fare well against Elite quarterbacks last year and Josh Allen is clearly an elite-level quarterback.

Offensively, much like the Bills, the Rams are in good shape with returning starters and should be ready to hit the ground running in Week 1.

The Rams return Matthew Stafford at QB, Cam Akers and Darrell Henderson Jr. at RB, and Cooper Kupp at WR.

The Rams offense will have the advantage of playing against a Buffalo defense that will be without their best cornerback in Tre’Davious White who will be out at least the first four games of the year as he continues to recover from a torn ACL.

The Rams signed Allen Robinson this offseason and he and Kupp will present a challenge to the Bills secondary without White.

The Bills also struggled last season against elite-level quarterbacks, giving up 62 points in two games against the Chiefs Patrick Mahomes and 36 points in a game against Tom Brady.

With the game being in Los Angeles weather will not be a factor.

From a historical perspective, 8 of the last 9 meetings between these two teams have gone over the total. Last season in all 3 games where the Rams were an underdog, the game finished over the total. The Bills went 6-3 to the over in road games last season.

With two top-tier QBs facing off against defenses that struggled against top quarterbacks in 2021, points should not be hard to come by in this game.

THE PICK: OVER 51.5 points. Look for both of these offenses to come out firing early in the season. Compare odds here

With expectations for a high-scoring game, there are quite a few player props that bettors can try and take advantage of. Compare FanDuel, BetMGM, or PointsBet for the best odds.

With the Bills having injury issues at cornerback and having to pay a lot of attention to Cooper Kupp, it should allow Robinson to have a strong debut as Matthew Stafford looks to get him involved in the offense early and often in his first game in a Rams uniform.

Look for this to be a high-scoring game that focuses much on the passing game as opposed to the ground attack. The Rams have a strong defensive line anchored by Aaron Donald. Expect the Bills to look to get the ball out quickly and offer extra protection to Josh Allen as opposed to concentrating on establishing the run in this game.