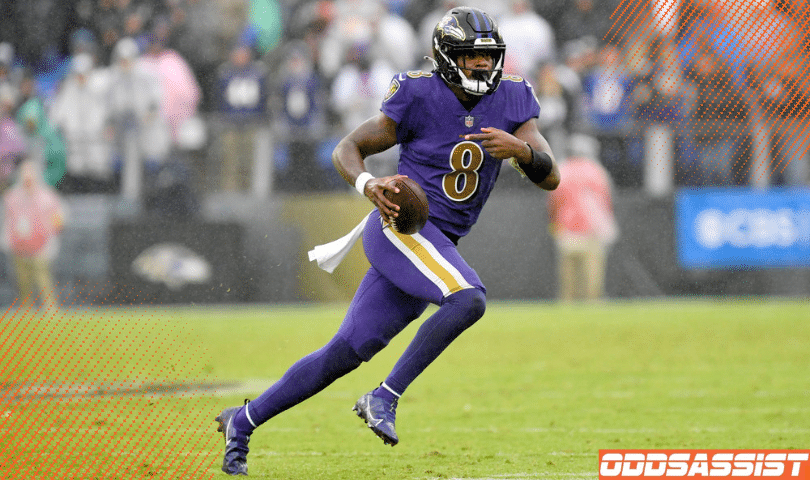 We had a solid week last week, going 5-3 on our Sunday Best Bets. Let's see if we can keep it rolling in Week 12 with some more spread and total picks from our team of experts.

Below you'll find our picks for the best bets to make on Sunday of Week 12 of the NFL season. Remember, you can always compare NFL lines and odds by sportsbooks here.

While the Bears have been playing to the Over in recent weeks since trading away key pieces of their defense, this is a situation to look Under.

The Jets were an absolute mess offensively last week against the Patriots scoring just 3 points and leading to the benching of Zach Wilson following some unfavorable postgame comments and poor play.

That means the Jets will be turning Mike White at quarterback. He has played 4 games in his entire career, throwing 8 interceptions compared to just 5 touchdowns.

On the other side, the Bears will have a game-time decision with QB Justin Fields who is dealing with a shoulder injury with torn ligaments. It would seem unlikely the Bears would risk further injury to Fields when it’s clear their season is going nowhere.

In that case, the Bears will turn to Trevor Siemian who is not nearly as mobile as Fields and has a career completion percentage under 60%.

Couple that with the weather that looks to be bad Sunday afternoon, and you have two teams that will likely focus on the run. The winds will be gusting up to 30 mph and there is a high likelihood of rain throughout the game.

The Jets do have a top-10 scoring defense allowing only 18.6 points per game.

7 of the 10 Jets games have gone Under this season. Expect more of the same Sunday afternoon. 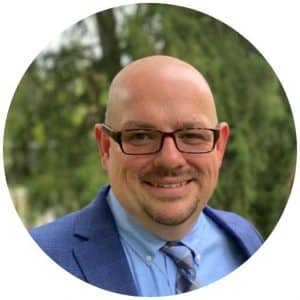 For the Baltimore Ravens, winning Sunday in Jacksonville against the Jaguars is a must to keep the team’s playoff dreams alive.

Five teams in the AFC currently enjoy 7-3 or better records, including the Ravens. In the AFC North, Cincinnati is on Baltimore’s heels as the only other AFC team with a winning record on the year and just one game back from a tie for first place.

After a 2-1 start to the season, Jacksonville has lost six of their last seven games. A well-timed bye week for the Jaguars allowed the team to rest and gameplan against the NFL’s third-best rushing offense.

Since their bye week, Baltimore has won both games by 10 or more points. Expect the Ravens to keep that streak alive in Florida against the Jaguars and win by at least a touchdown Sunday.

These two teams are both on wildly different paths than what was expected of them.

The Seahawks have somewhat surprisingly been an above-average team this year, especially on offense after trading their franchise quarterback off to Denver.

The Raiders, however, have struggled to a sluggish 3-7 start after a wild offseason that saw the reunion of the Fresno State stars Derek Carr and Davante Adams, as well as the addition of perennial DOPY finalist Chandler Jones.

The Seahawks come into this game after their Week 11 bye in a very good position, winning four of their last five games (beat the Cardinals twice, Giants and Chargers, barely lost to the Buccaneers in Week 10). They are led by Geno Smith, who is defying logic and reason by putting up one of the best statistical performances by a QB this year (72.8 completion percentage, 17-4 TD to INT ratio, and 247 yards per game through the air).

The Raiders meanwhile have been lackluster, winning two of their last five games (beat the Broncos and Texans, lost to the Colts and Jaguars, and were blown out by the Saints). They are led by a similarly lackluster quarterback in Derek Carr (62.4 completion percentage, 15-5 TD to INT ratio, and 243.5 passing yards per game).

With both teams’ running games and defenses statistically the same, this game will come down to quarterback play, and how much Seattle's 12th man can affect the Raiders offense. Both of those factors point to a decisive Seahawks victory.

The Titans have been red hot since their Week 2 loss to the Buffalo Bills. They have lost only once since—a 3-point loss on the road vs the Kansas City Chiefs.

Now they are underdogs at home to a Bengals team that is clearly not the same as they were during their run to the Super Bowl this season. They come in with a worse record than the Titans and are just 2-3 on the road this season. The only road game they won by more than a touchdown was against a Joe Flacco-led Jets team early in the season.

The Titans have only lost at home one time this season—by one point to the Giants on opening day.

This looks to be a game for Derrek Henry to control. The Bengals run defense is below average, allowing over 117 yards per game on the ground.

The 49ers have won three in a row and have only lost one game at home on the season. They are trending the opposite way of the Saints who have lost of 4 of 6 and have not won on the road since a 1-point victory over the Falcons in Week 1.

The 49ers have the best defense in the league allowing just over 283 yards per game. Their offense will be able to score enough against the Saints defense to win this one by at least 3 on Sunday afternoon.

If I was to suggest an underdog gamble for this week, this is the obvious choice, mostly because I don’t consider the Titans to be the true underdogs in this game.

I don’t know how anyone can look at the Titans last eight games and say that they are the underdogs against a team that just avoided a loss to the Steelers last week and got destroyed by the Browns a few weeks before that.

The only logical way to look at this game is through the lens of a surging Titans team that’s only loss in the last two months came against the Chiefs in overtime. This team faces a struggling Bengals unit at home with all the wind at their back, Vegas sportsbooks seem to be enamored by the high-powered offense of the Bengals and misled by the relatively low-scoring Titans offense.

These two teams have wildly different play styles. The Titans keep their games to an average total score of 38 points while the Bengals average 48 total points in their games. The Bengals also rely on a fast-paced air raid offense to offset their defensive inefficiencies, while the Titans play a slower ground-and-pound game that compliments their stifling defense quite well.

Don’t get tricked by the statistics, they can sometimes be misleading. In this case, the numbers may seem to point to a Bengals win, and clearly, the sportsbooks believe that will be the case. I believe that the laws of common sense and momentum have other plans, Titans all the way—no question about it.

Entering the game on a two-game winning streak, the Tampa Bay Buccaneers will attempt to win their first game against an AFC opponent this season when they travel to play the Cleveland Browns Sunday.

Coming off a bye week, Tampa Bay should incorporate the run more on what is predicted to be wet, sloppy field conditions in Cleveland. The Browns are a middle-of-the-pack defense, giving the Buccaneers a plethora of options if wind and weather isn’t a factor in the contest.

Cleveland will play ball-control offense to keep this game close. Nick Chubb is fourth in the NFL with 923 yards on the year, but the running back leads the league in rushes over 20 yards (11) and rushing touchdowns (10).

The Browns continue to have QB Jacoby Brissett under center this week. The veteran signal caller has performed well enough to keep Cleveland in all but three games they’ve played thus far and currently ranks in the top 15 in the league in passing yards.

Wet conditions favor the Browns. Tampa Bay is the league’s worst rushing offense, and Cleveland should look to slow down any attempt the Buccaneers make to improve that statistic. Expect the Browns to keep it close, potentially winning the game Sunday.

We are far enough into the season to where averages start to become a lot more predictive. They’re not perfect, but they give you a good guide to how a certain game might go.

The averages in this game tell us that the total score should be around 44 points, however, the margin of error on that figure is 11 percent with a confidence of 90 percent.

What that means is that there is a 90 percent chance that the total score will be between 33 and 59 points. Not exactly specific, huh?

What makes the over on this bet such a good deal is that, ever since Heinicke took over at quarterback five weeks ago, they’ve scored three more points better than their average. So, the low end is 36 points, and the high end is 62 points. 5/26 odds (~19%) on going under and 21/26 odds (~81%) on going over. I’ll take those odds every day of the week.

Stats for the win!

Best Sports to Bet On | Most Profitable Options

What is a Push in Sports Betting?