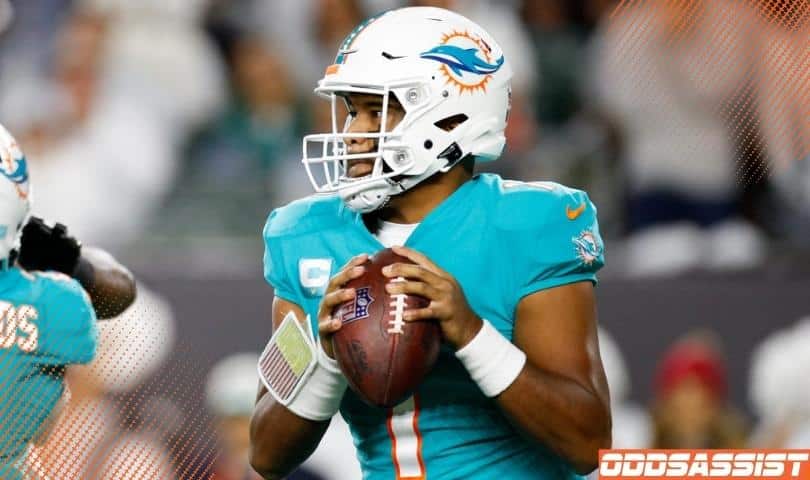 We had a tough week last week, going 1-4 on our Sunday Best Bets. Let's see if we can get back to profitability in Week 16 with some more spread, total, and moneyline picks from our team of experts.

Below you'll find our picks for the best bets to make on Saturday and Sunday of Week 16 of the NFL season. Remember, you can always compare NFL lines and odds by sportsbooks here.

The Raiders are traveling cross country to face the Steelers on Christmas Eve night in a game that will have temperatures near the single digits and wind chills below zero. Not exactly ideal football weather, especially for a team used to playing in a dome.

The Raiders are coming off a miraculous victory over the Patriots which saw them win when they picked off an ill-advised lateral attempt on the last play of the game and returned it for a touchdown. This is a prime letdown spot off of a game like that.

The Steelers will be playing with a lot of emotion as they celebrate the 50th anniversary of the Immaculate Reception and remember team legend Franco Harris who recently passed away.

They also get a boost in the return of QB Kenny Pickett following him missing last week with a concussion.

The Steelers have been extremely competitive at home despite their 2-4 record, none of the losses has been by more than 1 possession.

The Raiders are just 2-6 on the road this year, with both wins coming in overtime. However, 3 of their road losses have been by 1 or 2 points.

The weather and the emotion of the night will do the Raiders no favors. Look for them to drop another close one on the road, and play the Steelers ML at around –135.

As a Giants fan in the Minnesota market, I’ve watched these teams battle through losing season after losing season, and now they both have winning records, and I couldn’t be more ecstatic.

I’ve watched religiously all season long, every snap of every game of both these teams, and I can say with a good amount of confidence that the Vikings are going to beat the Giants by anywhere between 6 points to as high as 17 points.

The Minnesota Vikings are uniquely built to beat the Giants; their strengths perfectly align to capitalize on the Giants' weaknesses.

The Giants' secondary has been banged up and weak all year, and the only way not to get burned by the pass is to essentially concede the ground game and play dime coverage with either a full-blown pass blitz or a linebacker dropped into coverage.

This has resulted in the third-most rushing yards given up per game and a whopping 5.4 rushing yards per carry. Dalvin Cook should feast on that defense, and once the Giants switch back to defend the run, they will have to figure out how to cover the best receiver in the league with guys like Nick McCloud, Fabian Moreau, Cordale Flott, and Jason Pinnock.

The Giants have mostly won their games through great game management, good coaching adjustments, and most importantly by winning the fourth quarter. They have won the fourth quarter by an average of one point, although their big score losses to the Eagles, Cowboys, and Seahawks make that number a lot lower than it should be if you look at competitive games.

It doesn’t matter, though, because the Vikings absolutely dominate in the fourth quarter. You saw it last week with the largest comeback in NFL history. The Vikings win the fourth quarter by nearly five points per game! They also happen to dominate one-score games, which has been the Giants' bread and butter this season.

All in all, the Vikings have a dramatic advantage over the Giants and I expect them to cover easily.

It is rare to make a pick with the weather as the biggest factor, but that is exactly the situation we are in with this game.

The temperatures will be teens, with winds between 25-30 mph with gusts up to 50 mph and wind chill around 15 below zero.

That will make throwing the ball extremely difficult for both teams. Both teams have below-average rush defenses but the clear advantage in this area goes to Cleveland.

The Browns have the 5th best rushing offense in the league, averaging 149 yards per game on the season. The Saints average only 111.3 rushing yards per game.

The Saints are worst in the league in turnovers already at -12 and now having a dome team playing in these elements, it would seem likely a few more turnovers are in store for the Saints.

The Saints are just 1-5 on the road this season, and they have only covered once in their last 5 road games. The Browns have covered 3 straight at home.

Look for the Browns to control this game, especially on the ground, and come away with the win on Saturday afternoon.

A couple of compounding factors have suppressed the expected total for this game, making the over look very appealing, especially for someone like me who’s in the midst of a massive cold streak.

I’ve had a streak of bad luck that was really epitomized last week, starting with a couple of key injury decisions I was not expecting which shifted momentum and changed games fairly dramatically, and then I was crushed by an overtime scoop and score by the Jags.

Just when I thought things couldn’t get any worse… Jakobi Meyers said, “hold my beer.” The craziest and most flabbergasting play I’ve ever seen put the nail in the coffin of my week, and now I’m hoping for a redemption.

I’m not alone in my cold streak, though. Handicappers in the media and bettors around the country are also struggling mightily as games become more chaotic and unpredictable late in the year due to a number of chaotic factors.

In order to beat the unpredictable nature of this part of the season, you have to tune out all of the noise and just go with basic logic. 32 points is an extremely low Over/Under, these two teams averaging a combined 10+ points above that.

Deshaun Watson has gotten better each and every game he’s played so far, and the Browns are still in the playoff hunt and see this as a must-win game. The Saints don’t own their first-round pick, so they have no reason to not fight 100%.

The wind is definitely a problem, and Nick Chubb’s injury is slightly concerning, but I don’t think that is enough to assume these two teams won’t score 32+ points. It’s only 32 points!

It is officially spoiler season! The worst teams in the league have virtually nothing to play for, except for the chance to potentially knock a division rival out of playoff position.

This is the situation the Texans find themselves in. They’ve struggled in every facet of the game with their ragtag team of journeymen and inexperienced youngsters haphazardly taped together like a poorly wrapped Christmas present that only kinda resembles a pro football team.

None of that matters, though, because on any given Sunday Saturday, anything can happen, and honestly, an upset seems very possible, if not likely.

The Texans have the first overall pick very close to being locked up, so don’t worry that the Texans won’t play to win. This is a divisional game against a rival that is barely holding onto playoff positioning. There is nothing the Texans want more for Christmas than to crush the Titans’ hopes for the postseason.

The Texans have also been playing like a team ready to knockoff teams above their weight class. They nearly did it to two Super Bowl contenders two weeks in a row over the last couple of games, coming down to the wire against both the Cowboys and the Chiefs.

Now the Texans are hoping to capitalize on their momentum and finally finish out a game and get a win, and there really isn’t a better team to do it against right now than the Titans.

The Titans are on a four-game losing skid and, to make matters worse, it now sounds like Ryan Tannehill might be out for the season, as well. That means the Titans will likely be dependent on a rookie who has an NFL QB rating of just 6.0 over the 38 passes he’s attempted this season.

If the Texans can slow down Derrick Henry, (which is no simple task considering the Texans have the worst rushing defense in the league, giving up 167.5 yards per game) they can definitely win this game. They don’t even need to hold him under 100 or even 150 yards. They just need to stop big plays, which will be difficult, but not impossible.

One thing the Texans D has going for them is that their injury report is completely clean (outside of IR designations) on that side of the ball, so they should be better than usual.

Give me the Texans to pull off the upset in Tennessee.

What is a Push in Sports Betting?