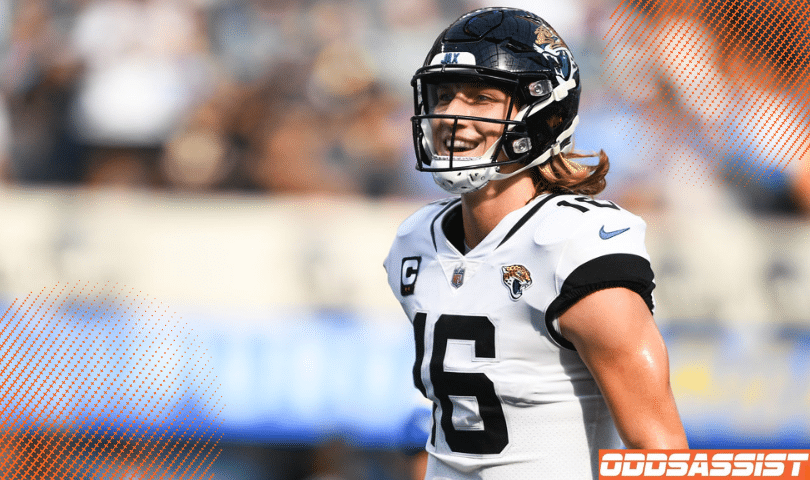 We had a 50% week last week, going 2-2-1 on our Sunday Best Bets with a nice moneyline underdog win with the Texans pushing us into profitability. Let's see if we can keep things rolling in Week 17 with some more spread, total, and moneyline picks from our team of experts.

Below you'll find our picks for the best bets to make Sunday Week 17 of the NFL season. Remember, you can always compare NFL lines and odds by sportsbooks here.

Despite a terrible record, the Houston Texans continue to be competitive and have absolutely dominated the series with the Jaguars in recent seasons. In fact, Houston has won 9 of 10 straight up against Jacksonville including an early season win on the road at Jacksonville.

The Jaguars know it is a winner take all situation in Week 18 for the division against the Titans, so their focus may not be too great for the game against the Texans, as regardless of the result, Jacksonville will go to the playoffs with a Week 18 win.

Jacksonville has struggled against the spread on the road, going just 3-7 in their last 10 road games.

Houston meanwhile continues to answer the bell, especially against the spread as an underdog where they have covered three straight.

Defensively neither team is great, both ranking near the bottom in yards allowed, so the Texans should be able to score enough points to keep this one close despite having one of the worst offensive teams in the league.

There is also a good chance Jacksonville treats this more like a preseason game, sitting starters or giving them limited minutes in order to keep them healthy for Week 18.

Given all that and the recent Houston dominance in this series, play the Texans +4.

This week the Vikings head to Lambeau to attempt to kill the Packers’ playoff hopes once and for all. The Packers have somehow survived after a dismal 4-8 start to their season. They have been able to avoid death like a cockroach in an apocalypse, winning their last three games and moving into the playoff conversation.

A three-game win streak is nothing to sneeze at, but the combined record of their opponents is just 16-29 (.346). Compare that to the Vikings' 12-3 record, and you can see why I’m not buying the hype around the Pack going into this one.

The Vikings have not been amazing recently, but they’ve been able to win in the fourth quarter consistently and that’s how they’ve gotten to where they are this season. You can look at the first half of the Colts game or their struggles in the Giants and Lions games and over-examine their weaknesses, but in the end, the Vikings are just a better team than the Packers.

In Week 1, the Vikings displayed their dominance over the Packers in a 23-7 win at home in which Justin Jefferson absolutely scorched Jaire Alexander for 184 yards and two touchdowns. Ever since there hasn’t been a dramatic enough shift to where I think this won’t be a similar game offensively for Minnesota.

Defensively, on the other hand, is where the problem is for the Vikings, and that is why I think the moneyline is a worse play than the spread this week. The Vikings should put up enough points to beat the Packers, but if they don’t, they won’t lose by more than four.

The Philadelphia Eagles enter this one off a loss to the Cowboys, just their second of the season.
The Eagles know a win wraps up home-field advantage throughout the playoffs.

In addition, there is a little extra motivation to beat the Saints, as the Eagles have their draft pick in next year’s draft.

There is a chance Jalen Hurts returns from injury for this one, but even if he can’t go, backup Gardner Minshew had a good game last week against Dallas, except for two interceptions, and he has plenty of offensive weapons to work with.

This is a tough spot for the Saints, playing back-to-back road games. They have struggled on the road, going just 2-5 with four of those losses coming by more than a touchdown.

The Eagles on the other hand have been great against the spread at home, going 7-2-1 in their last 10. They have won six of seven at home this year and all the wins have been by at least a touchdown.

Look for the Eagles to come out and take care of business and wrap up home-field on Sunday.

It looks like it is officially the end of the Derek Carr era for the Raiders. Head Coach Josh McDaniels announced on Wednesday that Derek Carr would be benched for the final two games of the season for backup QB Jarrett Stidham.

Stidham is going to have a TOUGH first start, and I can’t stress that enough. Giving up only 15.3 points per game, 290.3 yards per game, and 75 rushing yards per game, the 49ers easily lead the league in all three categories and have one of the greatest defenses since the 2000 Ravens. Despite all of this, I still think it is going to be a high-scoring game.

With the Raiders bottom 10 defense and Brock Purdy leading an absolutely scorching offensive unit, I wouldn’t be surprised if the 49ers beat the over/under all on their own. More realistically, they’ll be in the high twenties to low thirties and it will be up to Stidham and the Raiders to put up a couple Touchdowns to beat 41.5.

I trust Jarrett Stidham…actually, scratch that…I trust Josh McDaniels and he trusts Stidham. Remember, Stidham was set to be the starter the year after Brady headed south to Tampa, until they brought in Cam Newton, a move that was made by de facto general manager, Bill Belichick, not McDaniels. Stidham seems to be the coach’s guy, and when you have a head coach that believes in a QB like that, it typically yields good results.

Stidham knows the offense and the 49ers defense only has 48 snaps of pro tape to work off for his career. He’s also got talent around him in the form of Josh Jacobs, Davante Adams, Darren Waller, and Hunter Renfrow to work with. Stidham should be just fine in his debut, and if he isn’t, at least they’ll be potential for some defensive scores to put this game over the edge.

We have an NFC North battle between the worst-ranked Lions defense and the 24th-ranked Bears defense in terms of yards per game. These two teams are also 31st and 32nd in points allowed per game.

When these two teams got together back in November the game easily went over the total as the teams combined to put up 61 points.

The Bears have become an over machine since trading away key pieces of their defense before the trade deadline. They are 8-2 to the over in their last ten games.

They have given up over 32 points per game during their 8-game losing streak.

At home this season the Lions and their opponents have combined to put up over 59 points per game.

Offensively it is a good matchup for the Bears to get some points. The Bears are first in the league in rushing and the Lions are 5th worst at defending the run.

With these two teams having nothing to play for, I don’t expect defense and tackling to be a point of emphasis for either team.

Look for this one to be a shootout and play the over.

I don’t want to upset the football gods, so I won’t say Tom Brady is playing badly, I’ll just say he’s playing a lot worse than usual. That is a fair assessment.

Another fair assessment is that the Bucs are absolutely imploding from top to bottom, and it is the absolute worst time to be doing so. They finish up the season in the next two weeks against a pair of divisional opponents to decide who wins the NFC South—a typically strong division that has unraveled this season behind some poor quarterback play.

Don’t get me wrong, the Buccaneers definitely have a good shot at capturing the division, they only need to win one game or, if they lose both, they need the Saints to lose one and the Panthers to lose Week 18. That is my roundabout way of saying that this game is important for the Buccaneers, but not a must-win.

The Panthers, on the other hand, are in a must-win game, and luckily for them, they are also playing surprisingly good football. After the McCaffrey trade and the Mayfield cut, I assumed, like most did, that the Panthers were tanking the rest of ‘22 and looking forward, but Chuba Hubbard and D’Onta Foreman had other plans.

Since McCaffrey was dealt, the RB duo has averaged a little over 136 rushing yards a game, (86 by Foreman and 50 by Hubbard, when healthy) however, when you take just games when either they both get 10+ runs or one of them gets 12+ runs, the average skyrockets to just over 200 yards on the ground per game (119 for Foreman and 81 for Hubbard) for six of their nine post-McCaffrey games.

This run game, a slowly improving Sam Darnold, and a defense full of young stars up against an injured and aging Buccaneers team that looks lethargic and frustrated should convince you to take my advice and bet on the Panthers.